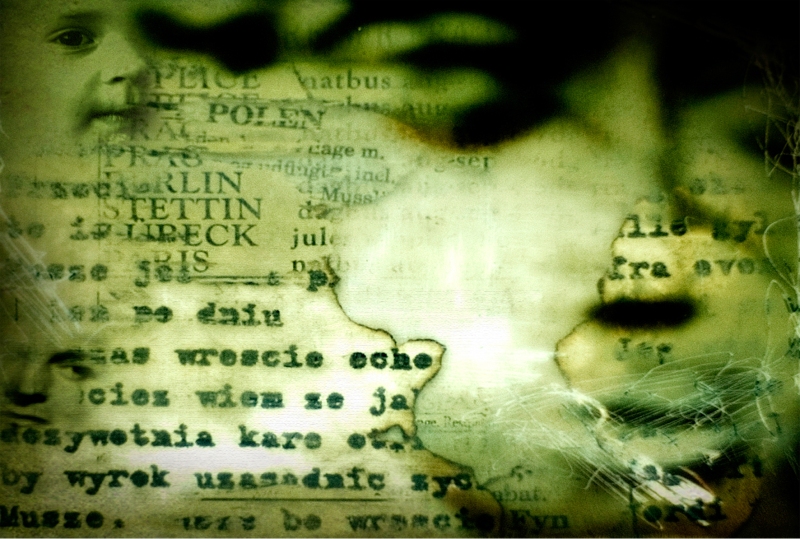 Media Science 10 year anniversary: What did I got with me?

An email pops up in my inbox. It’s an invitation to give a talk at the 10 year anniversary of the department of Media Science at the University of Southern Denmark. They would like me to talk about what the education has done for me, where I am today, and whether I have any advice for current students in the department.

My first thought after reading the email is how difficult it was for me to begin my education at The National Film School of Denmark after completing an academic degree. It was much like starting from scratch, trying to forget everything I had learned at university.

I’ll get back to that thought…

The email forced me to think about my time at university. I dug out my dissertation and began to read. It’s a peculiar thing to read 70 pages I once wrote without realising at the time that there would be a red thread stretching from the first words of a lengthy academic writing process up to the work I make today. My thoughts start to get crowded with memories  of my time at the University of Southern Denmark: the countless written assignments, lectures, lecturers, books, compendiums, gobbledygook texts, study groups, grades, exams, courses… 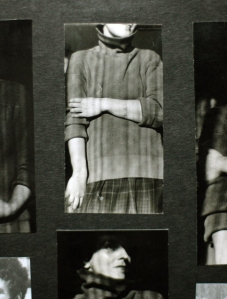 Grandmothers photoalbum used in Fragments of Me (SDU)

…One of those courses led me to work with theories about memory, and writers such as Kuhn and Swanson, who investigate individual recollection in relation to cultural memory, personal memory in relation to collective memory. I came to realise that these theorists delved into their own archives to further their research. I was inspired to use a similar approach. I chose not to do a written assignment; instead I made a film. The film took its point of departure in my own family archives: my grandmother’s journal, home videos, family albums and my own diary. It explores the collision between a remembered past and what actually happened. I discovered something about my memories that I hadn’t been aware of before – that mediated memories such as our personal archives can be deceiving compared to the way we remember out past, and that they can change according to where we are in our current lives.

Delving into the stories behind the photographs and starting out on the journey to find my roots, I also discovered that family albums don’t always tell the truth. The film turned into my thesis production Fragments of Me. 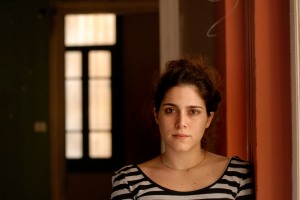 Perhaps I didn’t start from scratch after all when I began studying at the film school, because my interest in memory didn’t stop when I handed in my thesis, it continued in my documentary filmmaking. Enrolling at the Film School was the beginning of a four year journey during which I was given the space to use a camera to investigate my field of interest. In time, and after many attempts to create boundaries for my work by going off to film and return home to look for answers, I eventually managed to invent a method which could help my characters walk straight into their own memories. At the Film School, I also came to realise that there are two different kinds of memory. There is the memory of recollection where stories can be relived, understood and retold intellectually. The other kind of memory, however, gives immediate access to magic moments by way of the senses – I can feel the other person is present in their past, so to speak. It is this place in which I’m reminded of my own past. (Memories). 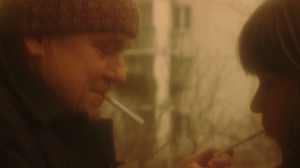 When I was researching for my degree show film (Remembering Kazury), I spoke to an actor. He asked me what I was interested in working with. I told him that for the past four years I had been investigating and developing a method to bring another person into the realm of memory, by using among other things their senses. I told him that I try to look for that magic moment, where I can feel the other person is present in their own past, where the memories and the past comes to life. He answered: “But Kasia, there’s already a school for just that kind of approach!” It turned out he was referring to The Method. “In method acting the actor works with their memories. I think you should meet Frank Corsaro,” he said. I discovered that Frank Corsaro was part of an acting group founded by Lee Strasberg. Strasberg wanted authenticity, he wanted to feel the actor. Strasberg was trained by Stanislavski’s students, Boleslavsky and Ouspenskya. He founded the Group Theatre with Clurman and Crawford, which later became the famous Actors’ Studio. Frank Corsaro joined the Actors’ Studio in 1952. I went to New York and filmed the actor’s work with Corsaro. This experience peaked my curiosity, and I am still in the process of documenting it. (Research on the documentary about Frank Corsaro).

I think the reason I felt that I had to start from scratch at the Film School was that suddenly I was confronting my own reality. For years and years at university, I had to be objective and distance myself from my work, whereas at Film School I was encouraged to narrow the gap and find myself. For me, films are about emotions. I want to cry, laugh, rage and fall in love along with the characters I’m engaging with on the big screen. Films are about life, about recognising yourself and your own memories in someone else. As a filmmaker, you need to be able to submerge yourself in your own experiences and use what you know. You need to ask yourself: what kind of story do I need to tell? Where does it hurt? What makes me cry, laugh and fall in love? It’s about finding rock bottom, as Frank Corsaro would say. In a way, you could say that the documentary department at the Film School is the exact opposite of an education in Media Science. At university, I read about other people’s research and theories. I was given a wide variety of tools that allowed me to explore and analyse other people’s work. At Film School, I began to use my own life, my own language and I learned to trust that I would reach someone out there who would recognise themselves in my story.

Fragments of Me, a dissertation about memories (SDU)

Nevertheless, I can see now that my thesis has built a bridge between the academic and the creative approach to memory, and those many years in libraries and auditoriums with lengthy academic discussions haven’t done me any disservice. I couldn’t imagine my life without them. So maybe it’s too soon to decide what studying Media Science has done for me. But I can detect a bright red thread tying together my thesis research, my time at film school and my work today.

I hit the reply button on the email and write that I would be delighted to attend the anniversary under one condition: that I can bring along few film clips from my memory lab.